In January 1922, during a period of severe economic depression, white coal and gold miners, foundry, and utilities workers downed tools to protest plans to reduce labour costs by employing cheaper black labour. Negotiations between the strikers and the government broke down, and on 6 March, a general strike was called across the Witwatersrand mines. The strike, which became known as the Rand Rebellion or the Red Revolt, turned violent. The Union Defence Force and fledgling air force were called in, and pitched battles raged in Johannesburg and the East Rand. Martial law was proclaimed, and artillery bombarded the strikers’ stronghold in Fordsburg. The revolt was declared over on 18 March. 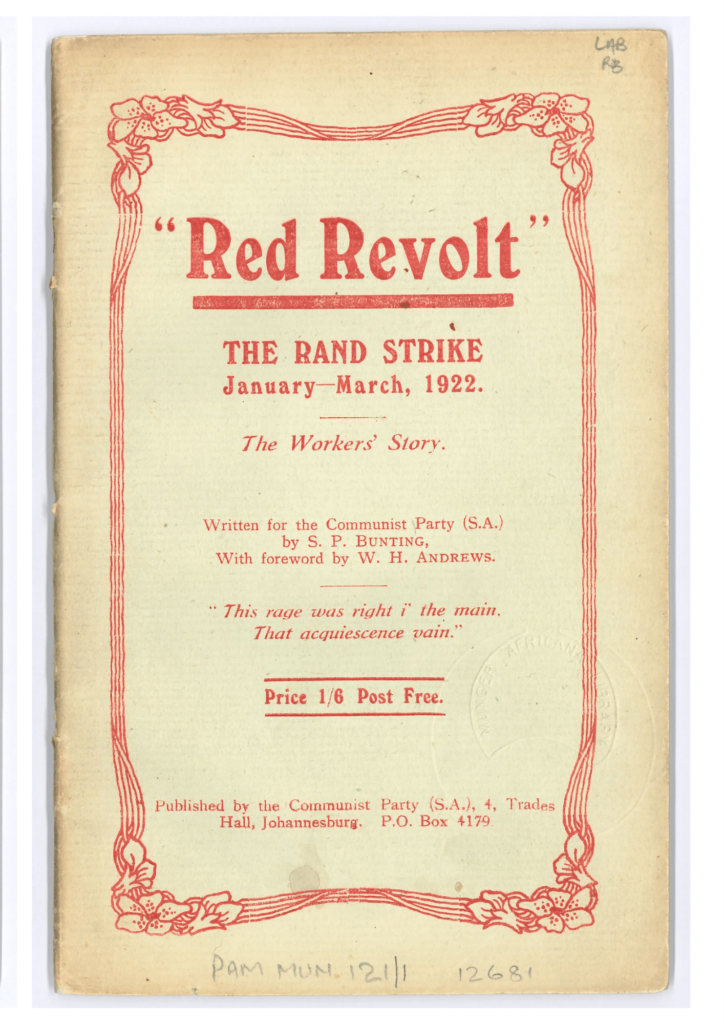